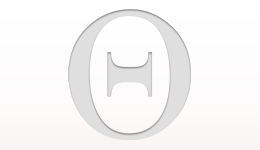 How to Interpret the Bible

A detailed presentation of the principles of Biblical Interpretation

Why Christians Disagree on Spiritual Matters

While there is great agreement among evangelical Christians on the essentials, apart from a lack of training in Biblical hermeneutics and exegesis, other factors can be at work to cause disagreements

The Will of God

The Equitable Judgment of God

The Death of Christ

The Resurrection of Christ

A one-page study summarizing what the scriptures say about themselves

The Doctrine of Man

a two-page study summarizing the biblical doctrine of mankind

A detailed study on how God saves sinners from His just condemnation. It addresses salvation with respect to God, Christ, the sinner, election, grace, works, free will, faith, repentance, regeneration, baptism, and the essential content of the gospel.

A detailed comparison of a Calvinstic cause-effect model and an Arminian influence-response model, with more categories than the typical TULIP model

A presentation of proper methodology and a survey of six models.

A short comparison of Lordship versus Free Grace salvation with a middle position that avoids these two extreme views.

The Righteousness of the Believer

Judgment of the Believer

A positive case for the logical order of salvation with scriptural implications for the meaning of "dead in sins". Also a critique of Wayne Grudem's article on regeneration and a Facebook debate with Calvinists.

A short study outline of baptism

A detailed study of baptism, including a critique of infant baptism and "occasion of salvation" water baptism

A baptism quiz based on the Baptism study above, with answer code

A short summary of six basic views on water baptism

Baptism and the Covenants

A graphic comparison of Presbyterian paedobaptism with Baptist credobaptism

The Preservation of Scripture

The Preservation of Scripture

Four Views on the Preservation of Scripture

Have the scriptures been preserved over the generations? If so, how? Four views are compared.

The Continuation and End of the Mosaic Law

An eight-page quiz on the book of Ephesians, with answer code provided

Justification by Works--Thoughts on James 2:14-26

A non-cessationist, non-charismatic view of the sign and gift of tongues

A short comparison of four views on tongues

The Second Coming of Jesus Christ

A three-page study on the second coming of Jesus Christ

Three Basic Views on the Millenium

Some guidelines, definitions, and interpretational differences that have shaped Christian eschatology (study of last things)

Definitions of terms associated with the second coming of Jesus Christ

A short quiz based on the Second Coming Glossary, with answer code provided

A graph of five different views of Daniel's 70th week

Does God Love All or Some?

This book by Ex-Calvinist Ronnie Rogers exposes the errors of Calvinism with sound reason and scriptural exegesis. The Calvinist concept of God is shown to be radically different from the concept of God presented in scripture.

The Order of Faith and Election in John’s Gospel: You Do Not Believe Because You Are Not My Sheep

This article by Robert Hamilton offers an historically-grounded contextual exegesis of the election passages in John with greater explanatory power than the ideologically-driven Augustinian/Calvinist interpretation.

YouTube video of Dr. Lydia McGrew explaining the fallacious thinking of many  contemporary New Testament scholars who prioritize genre over harmonization--even some "conservative scholars" wrongly contending that fictionalization and fabrication are consistent with historical reliability and/or inerrancy

A website intellectually defending the doctrine of Biblical inerrancy

Reading to Grow: A Field Guide to the Bible

Reading to Grow: A Field Guide to the Bible