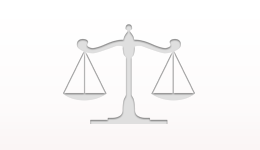 Understand the evidence for truth, knowledge, God, Jesus, and the Scriptures

If I could recommend only one resource written at the popular level to help Christians defend knowledge, objective truth, God, the possibility of miracles, the New Testament documents, Jesus, and the Bible, it would be Geisler and Turek's book I Don't Have Enough Faith to be an Atheist, along with Geisler and Jimenez' official study guide.

A 15-step outline for defending Biblical Christianity from the ground up, which can also serve as an apologetics course outline

My Evidence for Faith class color slides on apologetics and bibliology. Many slides are from the I Don't Have Enough Faith to be an Atheist Power Point Package.

Evidence for Faith (EFF) class at North Lanier Church in 2017

MP3 podcasts and handouts from a nine-session bootcamp I taught on Apologetics and Bibliology. Note: This class was taught to a Christian audience. I would not use Bible references in the early segments if it was aimed at a nonChristian audience.

Mp3 audio recording not available at this time. See handouts from EFF 3 class below

EFF 4. The Problem of Evil

EFF 5. Miracles and the Authenticity of the New Testament Documents

EFF 6. The Truthfulness of the New Testament Documents

EFF 7. Jesus of Nazareth and His View of Scripture

EFF 8. The Bible as the Word of God

EFF 9. How to Interpret the Bible

EFF 4. The Problem of Evil

EFF 5. The Authenticity of the New Testament Documents

EFF 6. The Truthfulness of the New Testament Documents

EFF 7. Jesus of Nazareth (and His View of Scripture)

EFF 8. The Bible as the Word of God

EFF 9. How to Interpret the Bible

In reverse order, defending Biblical Christianity from the top down by asking "why" until the epistemological bedrock foundation is reached.

Today, Christians are often viewed as having only preferences and opinions. But Christianity is about truth and the knowledge of God

The Four Pillars of Knowledge

A graph of how Christians can have a philosophically, theologically, and spiritually  robust body of knowledge

The Teleological Argument for God's Existence

The intricate fine-tuning of physics for life is best explained by design, versus chance or necessity

Short edited excerpt from Dr. Stephen Meyer's book, Darwin's Doubt. Charles Darwin had concerns about his own theory being capable of explaining new life forms. The latest scientific discoveries have justified his concerns.

The Problem of Evil

If an all-knowing, all-powerful, all-good God exists, why does evil exist?

Answering Objections to the Moral Argument for God's Existence

Objective moral values and duties exist and demand a moral Law-giver. All objections to this truth fail.

Divine foreknowledge and human libertarian freedom are logically compatible. The fallacy of conflating certainty with necessity leads to open theism or theological fatalism/determinism.

Some basic guidleines regarding the intersection of Biblical and scientific interpretations

I Don't Have Enough Faith to be an Atheist

In this book, Norman Geisler and Frank Turek give a step by step argument for Christianity. You also can order a workbook and curriculum. A must-read for Christians living in an skeptical, anti-Christian world

Answering the Tough Questions about Life and God

In this book, Jonathan Morrow, director of Impact 360 Institute, writes what Dr. J.P. Moreland says is "The single best volume I have ever read for preparing students to follow Jesus and flourish as His disciples in college."

A wealth of apologetics resources, including free mp3 podcasts

Frank Turek, lecturer at college campuses and churches, is always informative and entertaining

Ex-atheist and homicide detective J. Warner Wallace uses the principles of cold-case investigations to show the evidential credibility of the Christian faith

Dick Keys' great article on L'Abri Fellowship website. An audio of this message can be found on bethinking.org

The Absolute Truth About Relativism

In this book, Dr. Jefrey Breshears calls postmodern relativism the fundamental heresy of our time and then proceeds to logically dismantle it

Dr. Jefrey Breshears critiques the worst books written in modern history. This series helps to explain why we find ourselves in post-Christian America. Be sure to click older entries to get all the mp3 podcasts.

Introduction to Philosophy: A Christian Perspective

Book by Norman Geisler and Paul Feinberg. What is knowledge? What is reality? What is the ultimate? What is good or right?

Also, see resources under The Case for Apologetics page